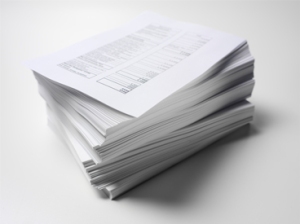 The 1990-page federal health care reform bill is now online for a few days to read.

Once you’ve read it, please let me know what it says. I’m not going to read 1,990 pages – just like most of the Congressmen and women aren’t going to!

Up to seven men running for Rockwall County Judge

Have recently heard that at least seven men are either already running for or soon will be campaigning for the Rockwall County Judge position, currently held by first-term incumbent Republican Chris Florance.

I haven’t learned yet who the other two are. I think each of the above is campaigning as a Republican, but I still need to check with the candidates. Florance, Jones and Hogan are definitely running as members of the GOP.

From what I know personally and from what I’ve heard from many sources, all of these men are well-respected across Rockwall and very capable. It should be an interesting campaign!

The primary election will be in March, with the general election in November.

The official cause of death of 19-year-old, former Rockwall High School cheerleader Alexis Lancaster will not be available for release for another six to seven more weeks.

According to the Dallas Coroner’s Office, the standard length of time it takes to conduct toxicology tests and report their findings is eight weeks.

She is survived by her mother, Leah Pearl Gentzler, and husband, Stan, of Rockwall, who own Gentzler Electrical Services in Dallas; and her father, Stephen Scott Lancaster, and wife Kristi, of Caddo Mills.

According to several sources who asked that their names not be used, she had been on a date Oct. 23 with a young man named Ben.

The sources said she took a recreational drug that night known as “bars,” which is a slang term for alprazolam – a fast-acting sedative which helps users to relax.

According to the website Drugs.com, a well-known brand name for alprazolam is Xanax, which is generally prescribed to treat anxiety disorders. When mixed with alcohol, it can increase the effects of alcohol and can be deadly.

“Quad bars are a common slang for Xanax 2mg tablets, which are bar shaped and can be broken into 4 .5mg doses. It is in a class of drugs called benzodiazapines, which also include Valium (diazapam),  Lithobid (lithium) and Ativan (lorazopam). All benzodiazapines are CNS sedatives, meaning they act directly on the brain to relax muscles, respiration rate, heart rate and provide an overall feeling of relaxation.”

“Benzodiazapines are prescribed to combat anxiety, insomnia, muscle tension, and involuntary movements like jaw clenching and shaking-leg syndrome. Benzodiazapines are also known to cause antegrade amnesia (short-term memory loss) at moderate to high doses. For this reason they are often used as an adjunct to pre-surgery anesthesia to avoid remembering the procedure.”

“Benzodiazapines are popular among some recreational drug users who find the sedating and relaxing effects enjoyable, and often mix them with other CNS depressants like alcohol. Xanax is considered to be one of the most desireable benzos for recreational use because of it’s fast onset and shorter period of action than other benzos.”

“Xanax, like all benzos, is a schedule IV controlled substance in the US, making possession without a perscription illegal, and transfer or sale illegal without a license.”

The sources said that a 911 call was placed by someone, which will become available from Dallas police soon due to the open records law.

They added that her death was openly discussed during Drug Awareness Week last week at Rockwall High school between many students and teachers.

No other information has been confirmed at this point.

We did place a call to step-father Stan Genztler at his office today but have not yet received a reply.

Last week was Drug Awareness or Red Ribbon Week in the Rockwall ISD. The objective was to educate students about the dangers of drugs and then encourage them to pledge to be drug-free by signing pledge cards.

We haven’t heard yet how many pledged.

RISD Communications Director Sheri Fowler said all campuses had pledge card signups and gave away prizes to those students who did – pencils, stickers, red ribbons, etc.

“The older students tied red ribbons on cars in the parking lots, had activities during lunch where students could participate. If you had your D-FY-IT card at RHHS, you might have a chance to play Guitar Hero.  If you brought your D-FY-IT card to RHS Friday, you got one dollar.”

Each day of the week had a different theme, which each campus tailored to its needs:

We’re awaiting word as to how many students signed up.